“The tyranny of distance to regional towns is increasingly being addressed with more airline flights,” says Angus Raine, CEO of Raine & Horne Commercial, which has offices in every major capital city and some of Australia’s fastest growing regional towns.

“This not only enables investors to inspect a commercial property asset, make an informed decision, and fly out of a regional town, but it also helps executives who take jobs in regional centres to fly around the country for business.”

Take Port Macquarie, a NSW North Coast hub, which is headquarters to Essential Energy, while Charles Sturt University has also established a campus in the coastal town.

Port Macquarie has five daily flights from Sydney and one from Brisbane, according to travel portal, webjet.com.au.

Meanwhile, a major airport upgrade due for completion in August 2013, is set to allow larger planes to land in Port Macquarie, along with new services to capital cities such as Melbourne.

“Essential Energy, which services over 800,000 homes and businesses across 95% of NSW, parts of southern Queensland and northern Victoria, is a significant tenant in Port Macquarie, and by attracting plenty of white-collar employees and their families to the town, its impact on the economy and the commercial real estate market is significant,” says Graeme Garrett, Co-Principal of Raine & Horne Commercial Port Macquarie.

“The airport upgrade will undoubtedly contribute to the long-term growth of the area and gives us the additional services to help Port Macquarie attract more business and recreational commuters.

“The Port Macquarie Hospital is also being upgraded, and combined, these infrastructure upgrades should create activity for the town’s commercial, industrial and retail property markets,” says Mr Garrett.

Meanwhile in Queensland, Graham Cockerill, Principal of Raine & Horne Commercial Hervey Bay, confirms more commercial airline services would make it easier to do business in the capital of the Fraser Coast.

Currently, there are four flights from Sydney and two from Brisbane on a daily basis to Hervey Bay.

“Regular flights from economic hubs such as Sydney and Brisbane are supporting the region’s significant population growth, which at 4.5% annually, is among the highest in Australia,” says Mr Cockerill, who advises Hervey Bay is a popular hotspot for retirees.

Mr Cockerill says that while population growth is certainly a factor, the anticipation of a change in federal government later this year is also underpinning Hervey Bay’s robust commercial property markets.

“Businesses want to secure a commercial property before the highly possible switch in government in September,” he adds.

To illustrate, Woolworths recently secured a site at Torquay Road, Hervey Bay, while Mr Cockerill confirms the retail heavyweight is scrutinising additional sites as part of its aggressive expansion plans for the town.

At the same time, mega-property group Stockland is extending the Hervey Bay Shopping Centre, which Mr Cockerill says will be the biggest retail precinct between the Sunshine Coast and Rockhampton.

“Furthermore, developer Leda Holdings recently acquired a large residential development site on The Esplanade at Pialba, a suburb of Hervey Bay, while the $87.5 million first stage of the ultra-modern St Stephen’s Hospital, with its five operating theatres, is also underway,” confirms Mr Cockerill.

There are two direct flights a day from Brisbane to Tamworth daily, according to travel website, Jetabroad, and five from Sydney.

“Significantly, Tamworth is a regional hub servicing a population of around 200,000 in the New England region of  NSW, which includes Armidale and Glen Innes, as well as Moree and Gunnedah, plus the West and the Upper Hunter regions,” says Mr Newlan.

As a result, there has been some growth in Tamworth’s retail shopping precincts, highlighted recently by a new Bunnings Hardware Centre. 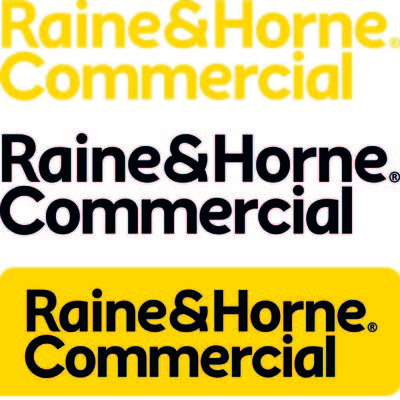