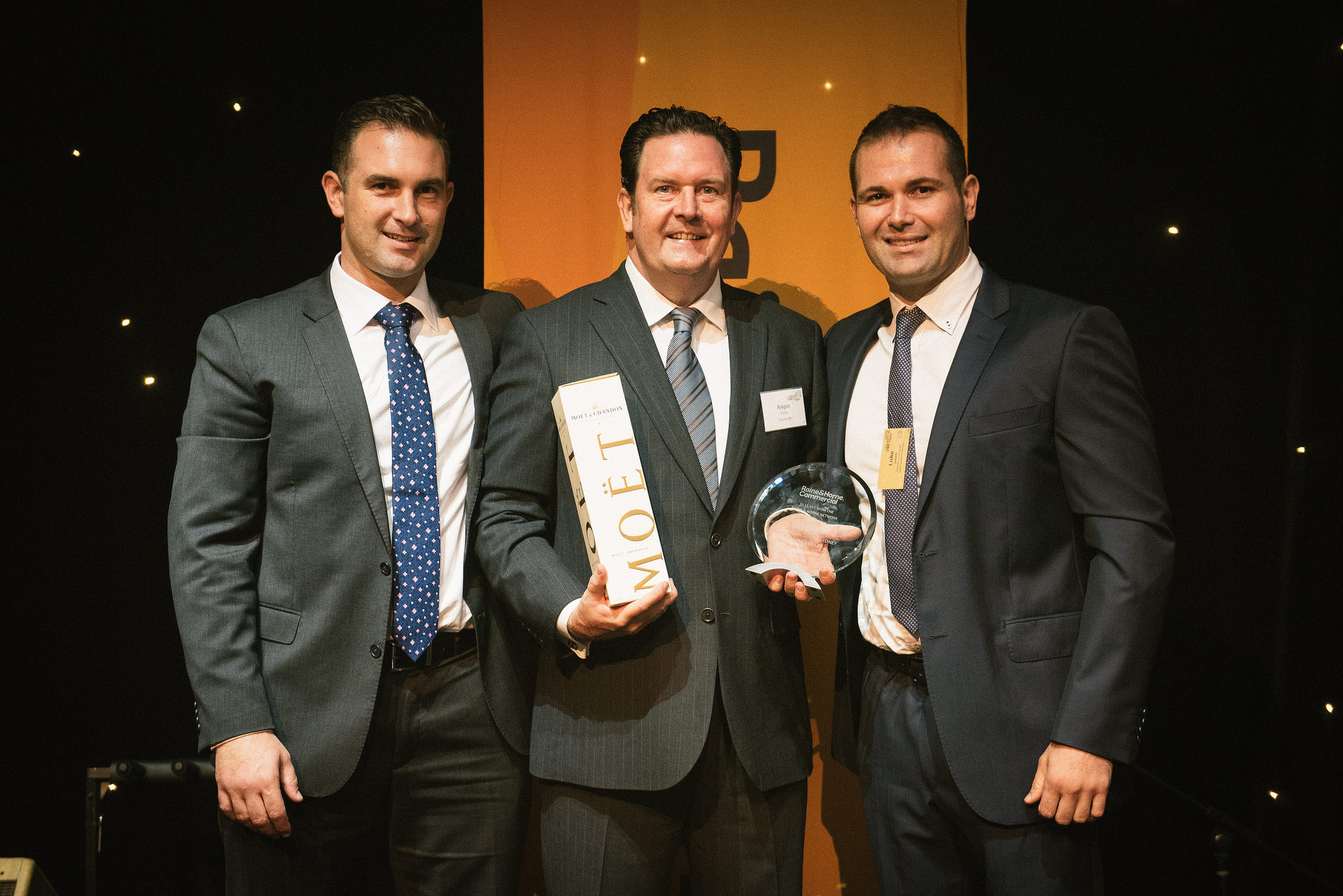 The office, led by brothers Luke and Nicholas Smith, was named as Raine & Horne’s Top Commercial Office for 2015 after its first ever win in the same category last year.

“We have a great team at Raine & Horne Commercial South Sydney/Marrickville, who work around the clock for our clients, and this is why we’re starting to win awards,” said Mr Smith.

“It also helps that Sydney’s Inner West and South Sydney commercial markets are winning more favour with business owners, self managed superfunds and investors, who are banking on the region’s excellent business potential to underpin their assets.

“Anything under $10 million is attracting attention, whether its commercial office space, located on a popular retail strip, or has industrial potential close to Sydney Airport.”

Lower interest rates coupled with the potential for further development in the Inner West will continue to underpin business confidence in the region and commercial property values in 2016, according to Mr Smith.

“In the face of stronger prices over the past two years impacting yields, returns from commercial properties priced in the Inner West still compare favourably against other asset classes,” said Mr Smith.

“We’re seeing investors who have done well in a retail and industrial investment over the past 2 years seeking to use some equity to reinvest in these markets. This repeat business will drive commercial markets in Sydney’s Inner West and South Sydney in 2016.”

“This is a great sign for commercial markets outside of Sydney and it’s a reflection that the Central Coast of NSW is fast becoming a popular hub for a growing small business sector thanks to improving internet connectivity,” said Angus Raine, Executive Chairman, Raine & Horne.

“The number of new commercial buildings going up in Erina recognises the region’s fabulous position nestled between Sydney and Newcastle, which more small businesses and start-ups are identifying.”

Brett Hunter, Principal of Raine & Horne Commercial Erina, is predicting the region’s next property boom will be led by its commercial market.

“We’ve seen plenty of commercial space sitting idle for a while now, however the worm is turning and improved business confidence is driving more leasing and buying enquiries,” said Mr Hunter.

“We’re seeing plenty of new developers who are buying greenfield sites on the Central Coast. The plan is to develop them, market them and make a profit.”

Mr Hunter, who is also the Deputy President of the Real Estate Institute of NSW, said the reinvigoration of Gosford remained a vital cog in the development of the region’s commercial credentials.

“The ATO is relocating to Gosford, but we still need more high-rise residential blocks – similar to say St Leonards – along with the development of the waterfront on Brisbane Water, which has the potential to be the equivalent of Rushcutters Bay in Sydney,” he said.

“A strong nautical industry would be very good business for the Central Coast, what with regattas, the building and trade of yachts and so on.”

The 2015 Raine & Horne Commercial NSW/ACT Awards for Excellence winners include: