Like the giant Boeings and A-380s taking off from the nearby airport, Mascot’s commercial property market is proving to be jet propelled if the recent $6.1 million sale of a development site is to be used as a benchmark.

The mixed use development site located at 982–988 Botany Road, Mascot, was sold at auction on Tuesday 9 September, by Raine & Horne Commercial South Sydney/Marrickville on behalf of building firm, Sydcon Construction.

Purchased by a private developer, the site has DA approval for 18 apartments and four shops, and the final price did not surprise selling agent, Nicholas Smith, Co-Principal of Raine & Horne Commercial South Sydney/Marrickville.

“We received 100 enquiries prior to auction, and the winning bidder beat a number of committed local and overseas bidders,” said Mr Smith.

“The auction opened at $5 million and the fierce bidding quickly pushed the price past the vendor’s reserve.”

Fellow principal Luke Smith added, “The final price of $6.1 million, a record for Mascot, demonstrates the demand for development sites in the Sydney metropolitan area.

“It also shows that developers are enjoying strong resale values and are therefore prepared to pay a premium to secure quality sites, especially those with DA approvals.” 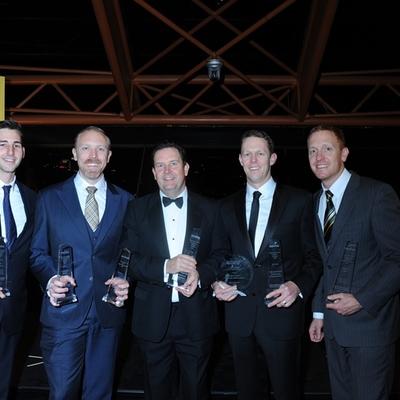