An open market campaign has now begun for The Swan Brewery Industrial Estate, offering a rare and possibly unrepeatable opportunity to acquire land in an organised, branded estate format with lot areas ranging from 1200 sqm to 3 hectares within the industrial area.

The Swan Brewery Industrial Estate is located at 25 Baile Road in Canning Vale, just over 13 kilometres south of the Perth CBD.

It sits in the heart of one of Perth’s most conveniently located industrial precincts, only 16km from Perth airport and 18km from Fremantle Port. The estate is serviced by Roe Highway to the north, Ranford Road to the west, and Nicholson Road to the east. These roads in turn link to a number of major transport arteries such as Albany Highway, Leach Highway and the Kwinana Freeway. Train and bus access to the estate is within 1km to 5km.

Prior to release on the open market, a highly successful off-market sales campaign was undertaken by Raine & Horne Commercial Western Australia, which has resulted in a high level of uptake from high profile corporate groups, local owner-occupiers, developers and investors.

Flexible lot sizes with “General Industrial” zoning are being offered, accommodating a wide range of land uses. Given the shortage of zoned industrial land in close proximity to the Perth CBD with access to key road networks, the limited remaining lots in The Swan Brewery Industrial Estate are a rare and exciting investment opportunity.

Mr Vulinovich said, “The Swan Brewery Industrial Estate represents a once in a generation opportunity for occupiers and investors to secure a lot in the heart of the Canning Vale industrial precinct. Just 13 km from the CBD, the Swan Brewery land is an iconic site rich in heritage and is set to become one of Perth’s premium industrial estates.”

The Canning Vale industrial area has attracted an impressive collection of blue-chip businesses over the last 30 years, including names such as Toyota, Stratco, ABB, Smiths, Blackwoods, Metcash, BGC, BOC, Mitre 10, Capral and Lite ‘n’ Easy, amongst many others. The new Swan Brewery Industrial Estate allows for significant growth and development opportunities for both the existing businesses in the area as well as new entrants that have previously not had the opportunity.

During the site demolition process, off-market discussions were undertaken with a number of key potential land buyers. Initially, the intention was to deal on Stage 1 only but the response was so strong that the majority of Stage 1 and 2 have now been sold off market.

“This result exemplifies this unique product and confirms that our pricing strategy is attractive,” said Mr Vulinovich.

Stages 1 and 2 are being developed targeting titles in April 2015. Stage 3 lots will be ready for titles 3-4 months after this, possibly as early as June 2015. Buying off the plan now gives buyers time to organise their finances, gain approvals and plan for construction.

“In addition, there are no time covenants on development, which allows buyers further flexibility in when they develop their sites.”

Linc Director Ben Lisle said, “This is an extremely exciting project given the iconic nature of the site and the historic lack of supply within the area. We are very pleased with the market take-up to date and are looking forward to creating a landmark industrial estate.”

To find out more about the Swan Brewery Industrial Estate, go to: www.swanbreweryindustrialestate.com.au 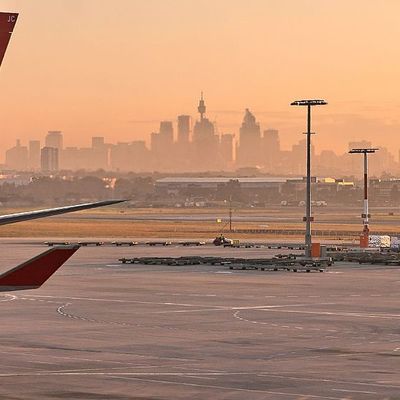