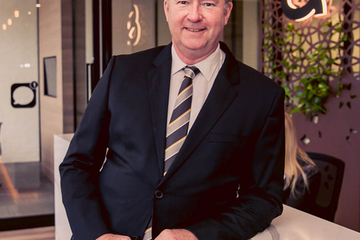 A number of positive announcements by the NSW Government are set to have a lasting impact on the long term stability of Newcastle City, according to Steve Dick, Co-Principal of Raine & Horne Newcastle.

In September, University of Newcastle entered into discussions with the NSW Government about acquiring an additional two hectares of land in three parcels behind Wright Lane and along the rail corridor.

“There is great potential that Newcastle University offers this region if it links itself to business and business development, so this is great news,” says Mr Dick.

“There is a precedent for Newcastle in the United States, where towns centre themselves on universities and colleges, and in the cities, businesses base themselves around tertiary institutions, and the commerce created is enormous.

“However Newcastle requires a critical mass of faculties to make this succeed in the city centre and the additional land must be guaranteed unequivocally to the University.”

To date, all the announcements by the governments are littered with ‘Yes Minister’ style exit clauses such as “under investigation”, “explore the opportunities” and “developing the relationship”, according to Mr Dick.

“With 2,000 to 3,000 apartments in the pipeline and little demand from outside the region, for more office space, an expanded University is exactly what the city needs to be built on this land.”

Another infrastructure announcement of note concerned a cruise terminal, according to Mr Dick.

The prospect of a round of the V8 Supercars event is another excellent opportunity that will expose Newcastle to a wider and more varied audience than ever before, according to Mr Dick.

“The economic numbers are all estimates, however it’s the wider publicity that the V8 Supercar series will bring to Newcastle that will provide an ongoing and more tangible effect, rather than the cash injection of race day,” he said.

On the investment front, Mr Dick said commercial owners seeking to sell an investment property or even a vacant building close to the city, should make a move pronto.

“We recently sold a commercial investment property in Dick Street, Newcastle for a 5.67% yield with 11 bidders vying for the property, 10 of who are still looking to buy.”

Smaller buildings in the Wickham and Maryville area are also proving hot with buyers seeking elusive New York style warehouses to live in.

Larger industrial leases are still scarce, however there is quite a trade occurring in the stock up to 500 square metres, according to Mr Dick.

For more information on Newcastle and other commercial property markets, download a copy of Raine & Horne Commercial Insights.