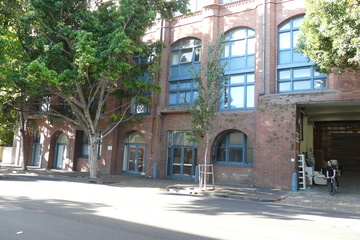 This is a note of gratitude to Conor Morgan, Commercial Real Estate Agent in your team. Conor helped me to find a tenant for my commercial unit in Ultimo.

Conor was one of many real estate agents I got in contact with. They all start with big promises and turn out quite short in delivering on those promises. It was quite frustrating process going through all that. The last agent was trying to find a tenant for quite a few months with no success. I've heard all excuses that there are, but still there were no tenants for the unit...

Conor however did exactly what he promised he'll do and that was finding tenants within a month of his engagement. Quite impressive. Over the course of trying to let the unit out, the unit appeared to be "too small", "too dark", "kitchen too small", too this, that or the other, but not for Conor...

He was on top of the game all the time. Quite amazing, actually. He was patient to listen and smart and capable to deliver. We were in contact all the time which was indication to me that things are moving along. He was doing exactly what he was supposed to do - or at least he did what I expected him to do and that is to find a tenant as a perfect fit for the commercial unit I've got. I kinda got sick of complaints that the unit is too this or too that, as an attempt from previous agents to cover their own lack of capabilities.

Conor was true professional, prompt, on top of the game, true to his word, polite and he made all process seem effortless. Thank you very much, Conor. I'll pass on good word about you to everyone I know (I already am, actually).

And now, my life got easier with one less thing to worry about.

Nicholas and Luke, you must be really lucky to have such an asset in your team.