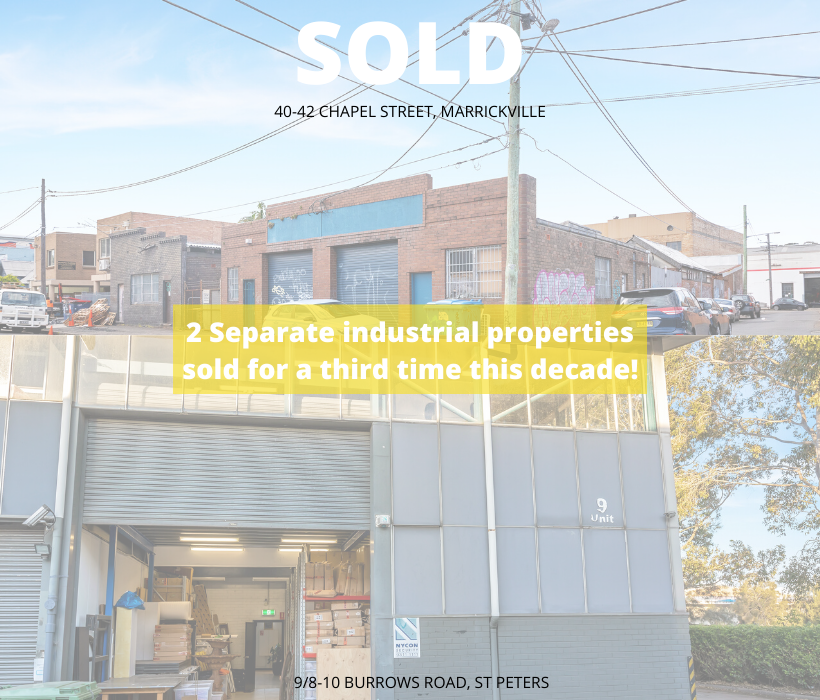 “This industrial property attracted four bidders, and we issued ten contracts at the auction because it has three street frontages, which is rare and the potential to re-develop into multiple warehouse units and strata subdivisions also appealed to investors,” Mr Smith said.

“I am proud that I have sold these properties multiple times and the repeat transactions demonstrate we take the needs of our buyers seriously.

“Our local knowledge and unique level of customer care for our buyers is translating into business for our office when these owners decide to sell,” Mr Smith said.

“In fact, I have also previously sold another commercial property for the vendor of 40-42 Chapel Street.”

“The bidders who missed out on both properties are qualified buyers, who are either investors or owner-occupiers seeking property within the inner west South Sydney to conduct their businesses.

“If you own an industrial property in South Sydney or the inner west, now is a sensible time to take advantage of buyer demand.”

“Smaller buildings at relatively affordable price points can often achieve results above expectations if offered in the open competitive setting that auctions allow.”

If you are considering selling a commercial property in Sydney’s south or Inner West, contact Raine & Horne Commercial Inner West/South Sydney on (02) 9572 8855.