A fully-tenanted, 840 square metre GLA freehold retail investment in Dee Why stole the show at the latest Raine & Horne Commercial Northern Beaches Auction Night, selling for a stunning $8 million, which was significantly above the vendor’s reserve.

“This is a stunning result that illustrates the enthusiasm for doing business in Dee Why,” said selling agent, Vincent West, Co-Principal of Raine & Horne Commercial Northern Beaches.

“Located at 20 Howard Avenue, Dee Why the building was snapped up by an astute private investor, who noted that five tenants have been there long term.

“Apart from its income potential, the property also affords the possibility for future capital growth as a consequence of the massive facelift of the Dee Why town centre that is currently underway.”

The Dee Why commercial precinct is undergoing a massive transformation and this has accelerated rapidly with the introduction of the Town Centre Master Plan.

“This landmark building is within a growing retail and commercial precinct, which will continue to benefit from the Dee Why’s transformation, and its close proximity to high profile residential developments, beautiful beaches and public transport,” said Mr West.

A former Mitre 10 showroom located in North Manly was another star performer at the in-rooms auction, selling above the reserve for $3.93 million.

The rare freestanding warehouse at 390-392 Pittwater Road, North Manly was sold under the hammer to a local business owner after a bidding war with a number of other owner-occupiers and investors, according to Mr West.

“This sought-after property comes with 722 square metres of warehouse and showroom, as well as an additional mezzanine of 307sqm,” said Mr West.

“Its unbeatable exposure to busy Pittwater Road was a big attraction to the owner-occupiers and investors who lined up to bid for it at the auction,” said Mr West.

A boutique warehouse at 2/11 Green Street, Brookvale, also sold under the hammer for $651,000 to Nine Yards Coffee, an operation involved in coffee roasting, according to Mr West.

“The Raine & Horne Commercial Northern Beaches Auction Night was held in-rooms at Level 1, 685 Pittwater Road, Dee Why, and these results are a testimony to our purpose-built auction facility, coupled with the confidence in commercial real estate in our region,” said Mr West. 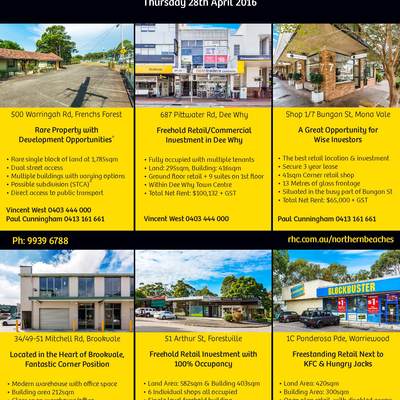 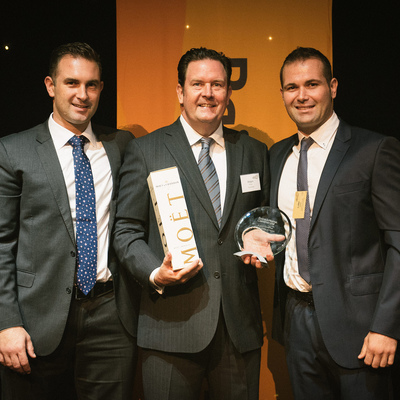