A recent industry report has named Sydney the top destination to invest in during 2021, with the city’s Grade A offices expected to draw increasing buyer attention.

According to the report, the harbour city’s commercial property markets will attract investors with international capital seeking quality assets that meet health, sustainability, and technical benchmarks.

Nick Moloney, Sales Director, Raine & Horne Commercial North Sydney says that Australia’s sterling record managing the pandemic has caught overseas investors’ eyes. “Our low infection rates have been hard to miss, while our economic position is still relatively healthy because of the support from our government that help to stabilise many businesses,” he said. “As such, Australia’s economy has rebounded well, and business is strong.”

Investors are also aware that many workers, particularly Millennials, indicate a preference for a return to offices. Nick commented, “The return-to-work trend is a massive underlying theme, and initial commentary that COVID-19 would reduce the need for office space was a kneejerk reaction.

“Working from home was a fantastic solution to keep firms operating. However, there’s now mountains of research suggesting that a workplace is good for the mental health of employees, their productivity and accountability.”

Nick continued, “While workplaces will continue to have a role to play, depending on the industry, I expect that the future of working will involve employees working from home a few days each week.”

North Sydney market is off to a strong start

The North Sydney office market is off to flying start in 2021, said Nick, who sold four properties in eight days in January. “Generally, most businesses are just getting back to work, and any sales at this time of the year are usually a bonus. So, typically 1-2 property sales in January is the norm, with most buyers starting to make their moves in February and March.

While overseas investors are expected to make their presence felt later in 2021, owner-occupiers with self-managed super funds lead the early year buying charge. “These businesses were previously leasing commercial space and have performed well through COVID,” Nick explains. “They now have a war chest of funds and no longer wish to be beholden to a landlord. They want to own their office space.”

Most businesses buying office space in North Sydney include larger ASX listed companies, along with creative agencies and technology companies attracted to the region due to Nine Entertainment Co’s shift to its new headquarters at the magnificent 1 Denison Street, North Sydney.

Nick concluded, “Overseas investors are just at the enquiry stage, and by the mid-year, we anticipate a massive spike in global capital flooding into the Sydney and North Sydney office markets.” 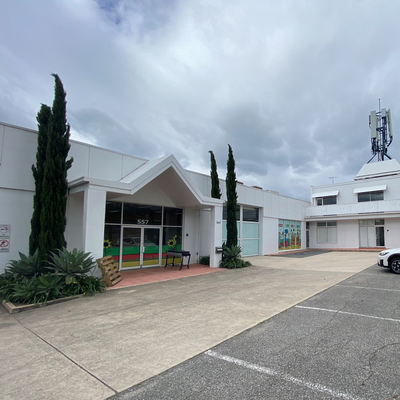 Next article
Commercial & Business
Small business is back
Related Articles