The post-COVID recovery is in full swing on the NSW Central Coast, with the region’s robust business confidence driving demand for industrial space.

“Local companies are expanding rapidly and more importantly are now sourcing raw materials or gadgets from either local manufacturers or those operating within NSW,” Brad said.

“The impact of COVID on supply chains has forced local companies to source components here in Australia rather than overseas, which is forcing smaller, local manufacturers to expand their operations. These expansions create more demand for industrial space.”

“Our team is working with developers to open up more industrial land for the region,” he said.

“At the end of the day, having sufficient industrial land means more jobs for the Central Coast.”

On the commercial front, office space isn’t swapping hands for less than yields of 7%, while supply and demand remain consistent.

“That said, with more people moving to the Central Coast, companies based in Sydney may consider opening satellite offices in Gosford, Erina, Tuggerah and Wyong, which is on the train line,” Brad said.

“Whether 50 square metres or 300 square metres is needed for a satellite office, we’re looking forward to that, and the Central Coast office market is well-positioned to take advantage of this potential development.”

For those considering leasing office space on the Central Coast, Brad said vacancy rates are 10-15%, which is typical for the region. “Also, our average vacancy periods of 3-6 months haven’t blown out in the wake of COVID.”

Retail markets are very tight. “Currently, there are only around two vacancies on the Entrance Road at Erina,” Brad said. “Quality retail properties will change hands for 6% if they have a reputable tenant on a three-year lease.” 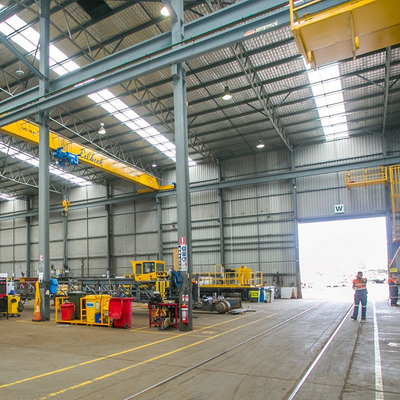