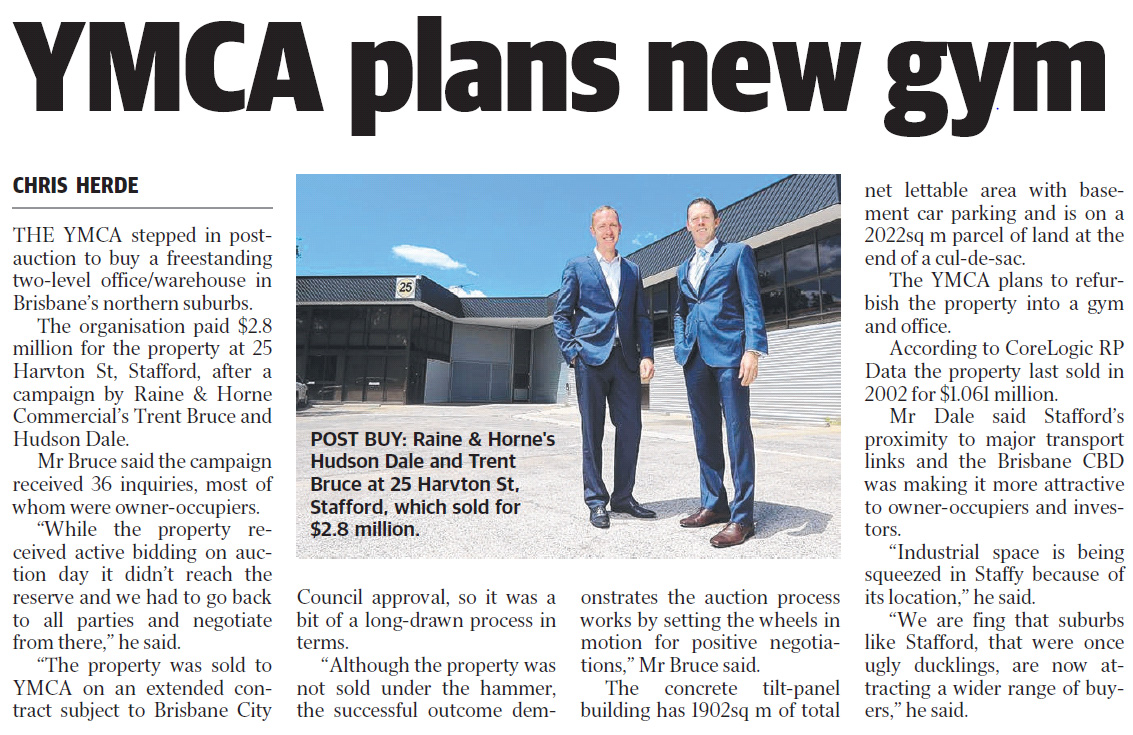 THE YMCA stepped in postauction to buy a freestanding two-level office/warehouse in Brisbane’s northern suburbs.

The organisation paid $2.8 million for the property at 25 Harvton St, Stafford, after a campaign by Raine & Horne

Mr Bruce said the campaign received 36 inquiries, most of whom were owner-occupiers.

to all parties and negotiate from there,” he said.

“The property was sold to YMCA on an extended contract subject to Brisbane City Council approval, so it was a bit of a long-drawn process in terms.

“Although the property was not sold under the hammer, the successful outcome demonstrates the auction process works by setting the wheels in motion for positive negotiations,” Mr Bruce said.

The YMCA plans to refurbish the property into a gym and office.

According to CoreLogic RP Data the property last sold in 2002 for $1.061 million.

Mr Dale said Stafford’s proximity to major transport links and the Brisbane CBD was making it more attractive to owner-occupiers and investors.

“Industrial space is being squeezed in Staffy because of its location,” he said.

“We are fing that suburbs like Stafford, that were once ugly ducklings, are now attracting a wider range of buyers,” he said.