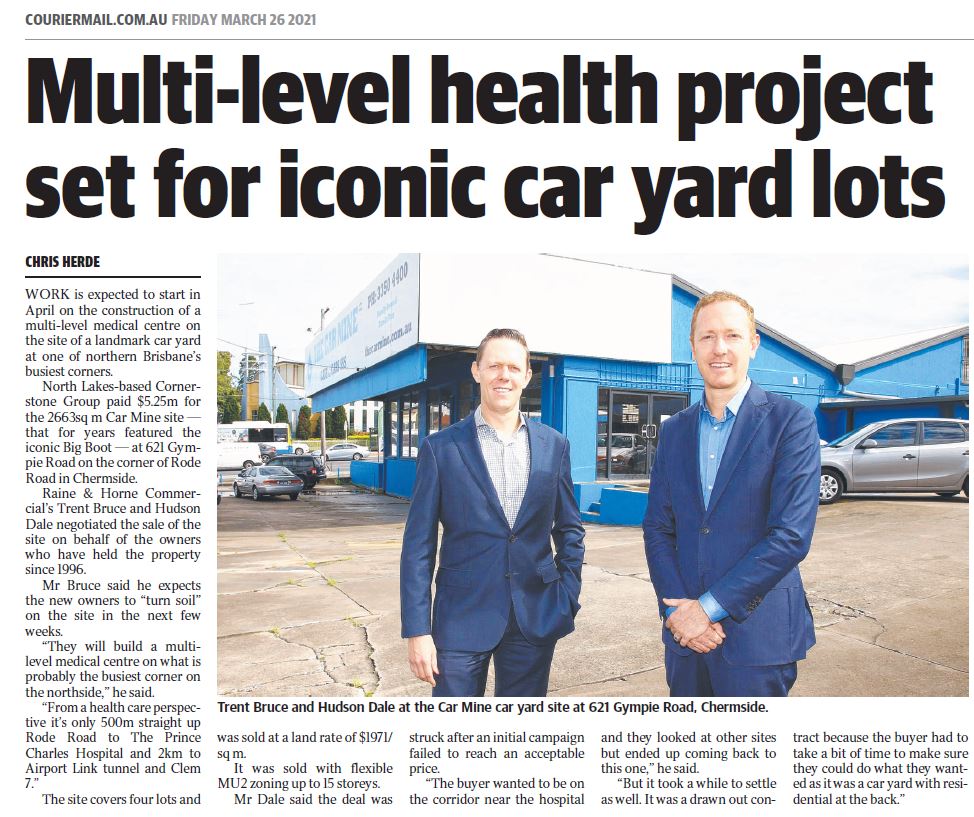 WORK is expected to start in April on the construction of a multi-level medical centre on the site of a landmark car yard at one of northern Brisbane's business corners.

North Lakes-based Cornerstone Group paid $5.25m for the 2663sqm Car Mine site that for years featured the iconic Big Boot - at 621 Gympie Road on the corner of Rode Road in Chermside.

Raine & Horne Commercial's Trent Bruce and Hudson Dale negotiated the sale of the site on behalf of the owners who have held the property since 1996.

Mr Bruce said he expects the new owners to "turn soil" on the site in the next few weeks.

"They will build a multi-level medical centre on what is probably the busiest corner on the northside," he said.

"From a health care perspective it's only 500m straight up Rode Road to The Prince Charles Hospital and 2km to Airport Link tunnel and Clem 7."

The site covers four lots and was sold at a land rate of $1971/sqm.

It was sold with flexible MU2 zoning up to 15 storeys.

Mr Dale said the deal was struck after an initial campaign failed to reach an acceptable price.

"The buyer wanted to be on the corridor near the hospital and they looked at other sites but ended up coming back to this one," he said.

"But it took a while to settle as well. It was a drawn out contract because the buyer had to take a bit of time to make sure they could do what they wanted as it was a car yard with a residential at the back."