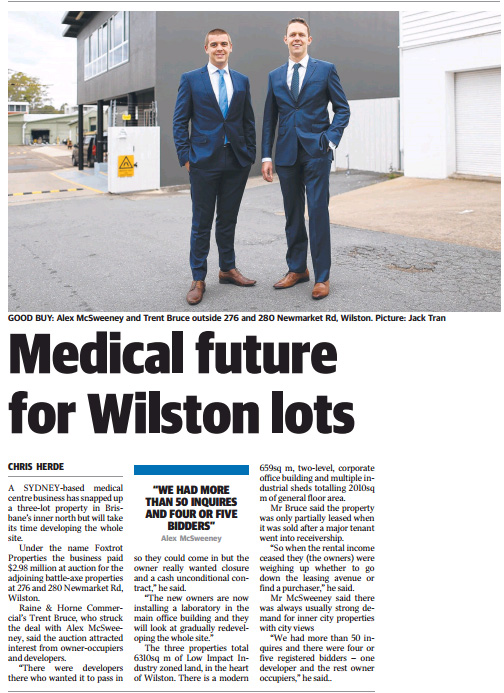 A SYDNEY-based medical centre business has snapped up a three-lot property in Brisbane’s inner north but will take its time developing the whole site.

Under the name Foxtrot Properties the business paid $2.98 million at auction for the adjoining battle-axe properties at 276 and 280 Newmarket Rd, Wilston.

“There were developers there who wanted it to pass in so they could come in but the owner really wanted closure and a cash unconditional contract,” he said.

“The new owners are now installing a laboratory in the main office building and they will look at gradually redeveloping the whole site.”

Mr Bruce said the property was only partially leased when it was sold after a major tenant went into receivership.

“So when the rental income ceased they (the owners) were weighing up whether to go down the leasing avenue or find a purchaser,” he said.

“We had more than 50 inquires and there were four or five registered bidders – one developer and the rest owner occupiers,” he said..