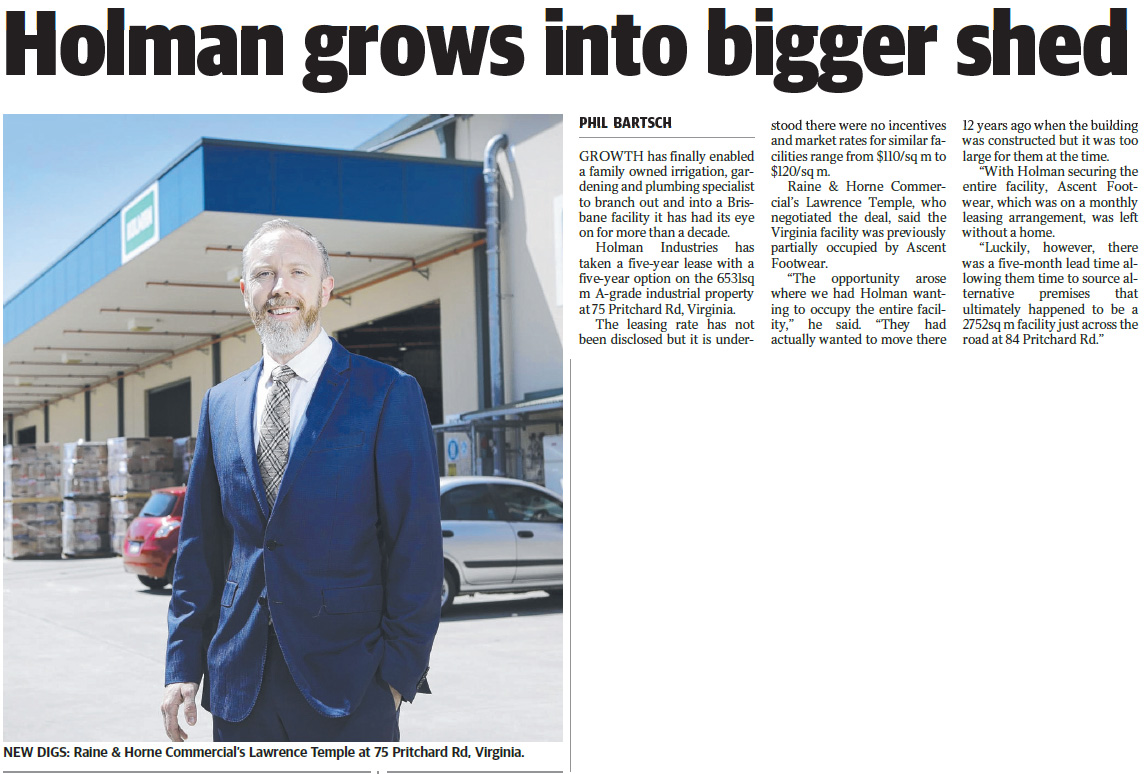 GROWTH has finally enabled a family owned irrigation, gardening and plumbing specialist to branch out and into a Brisbane facility it has had its eye on for more than a decade.

Holman Industries has taken a five-year lease with a five-year option on the 6531sqm A-grade industrial property at 75 Pritchard Rd, Virginia.

The leasing rate has not been disclosed but it is understood there were no incentives and market rates for similar facilities range from $110/sqm to $120/sqm.

“The opportunity arose where we had Holman wanting to occupy the entire facility,” he said. “They had actually wanted to move there 12 years ago when the building was constructed but it was too large for them at the time.

“With Holman securing the entire facility, Ascent Footwear, which was on a monthly leasing arrangement, was left without a home.

“Luckily, however, there was a five-month lead time allowing them time to source alternative premises that ultimately happened to be a 2752sq m facility just across the road at 84 Pritchard Rd.”