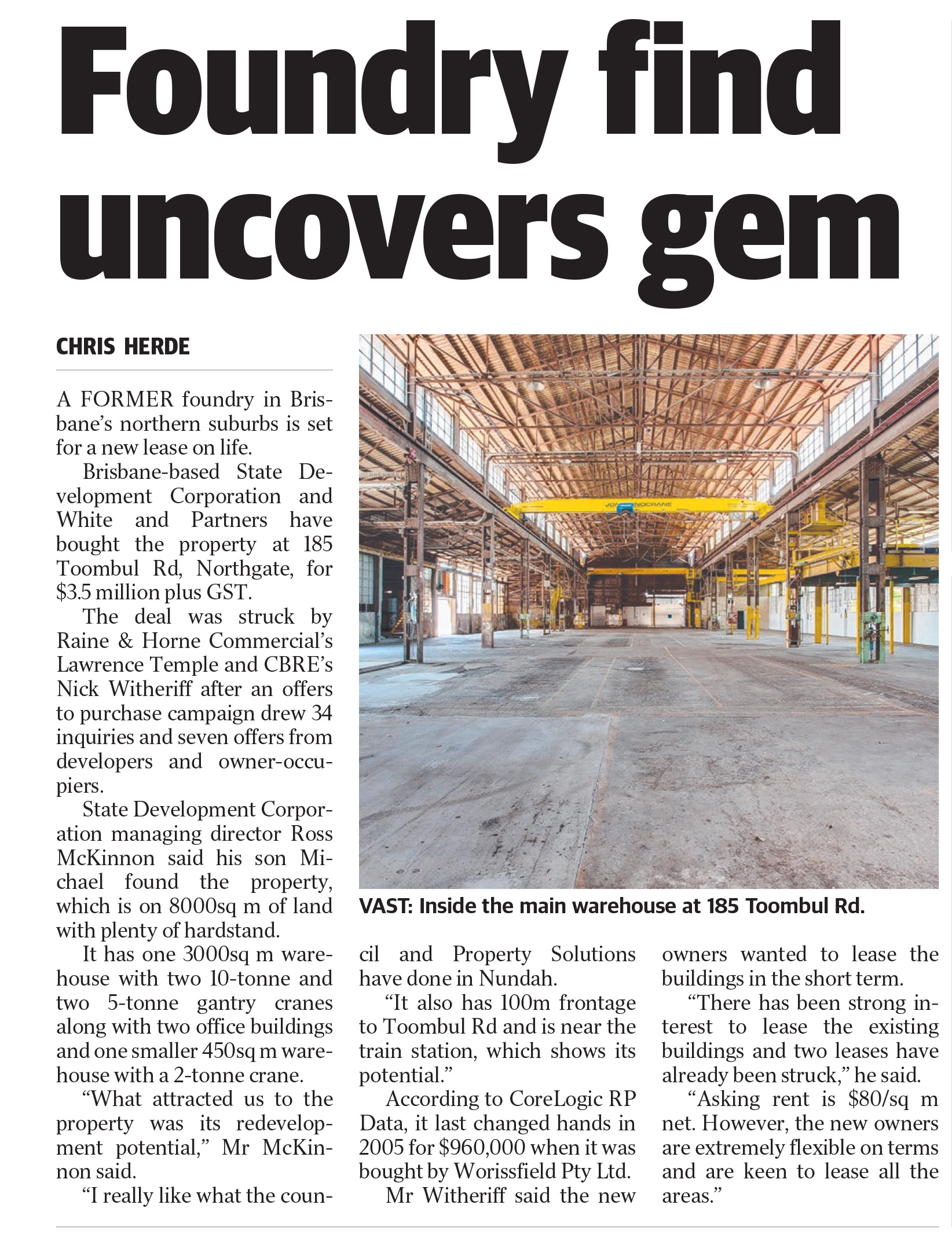 A FORMER foundry in Brisbane’s northern suburbs is set for a new lease on life.

Brisbane-based State Development Corporation and White and Partners have bought the property at 185 Toombul Rd, Northgate, for $3.5 million plus GST. The deal was struck by Raine & Horne Commercial’s Lawrence Temple and CBRE’s Nick Witheriff after an offers to purchase campaign drew 34 inquiries and seven offers from developers and owner-occupiers.

State Development Corporation managing director Ross McKinnon said his son Michael found the property, which is on 8000sq m of land with plenty of hardstand.

“What attracted us to the property was its redevelopment potential,” Mr McKinnon said.

“I really like what the council and Property Solutions have done in Nundah.

“It also has 100m frontage to Toombul Rd and is near the train station, which shows its potential.”

According to CoreLogic RP Data, it last changed hands in 2005 for $960,000 when it was bought by Worissfield Pty Ltd. Mr Witheriff said the new owners wanted to lease the buildings in the short term.

“There has been strong interest to lease the existing buildings and two leases have already been struck,” he said.

“Asking rent is $80/sq m net. However, the new owners are extremely flexible on terms and are keen to lease all the areas.”