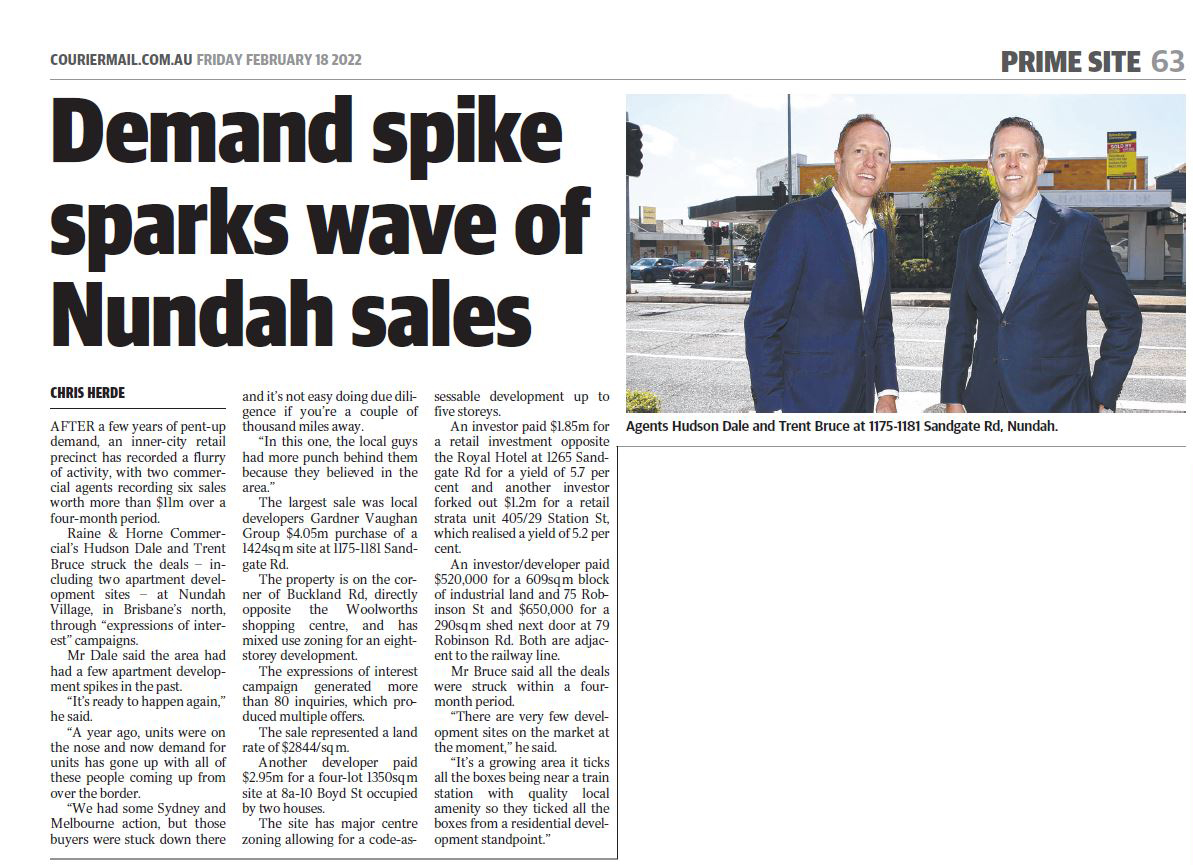 AFTER a few years of pent-up demand, an inner-city retail precinct has recorded a flurry of activity, with two commercial agents recording six sales worth more than $11m over a four-month period.

Mr Dale said the area had had a few apartment development spikes in the past. "It's ready to happen again," he said.

"A year ago, units were on the nose and now demand for units has gone up with all of these people coming up from over the border. We had some Sydney and Melbourne action, but those buyers were stuck down there and it's not easy doing due diligence if you're a couple of thousand miles away.  In this one, the local guys had more punch behind them because they believed in the area."

The property is on the corner of Buckland Rd, directly opposite the Woolworths shopping centre, and has mixed use zoning for an eight-story development.

The expressions of interest campaign generated more than 80 inquiries, which produced multiple offers. The sale represented a land rate of $2,844/sqm.

Another developer paid $2.95m for a four-lot 1,350sqm site at 8a-10 Boyd St occupied by two houses. The site has major centre zoning allowing for a code-assessable development up to five storeys.

Mr Bruce said all the deals were struck with a four-month period.

"There are very few development sites on the market at the moment," he said. "It's a growing area it ticks all the boxes being near a train station with quality local amenity so they ticked all the boxes from a residential development standpoint."