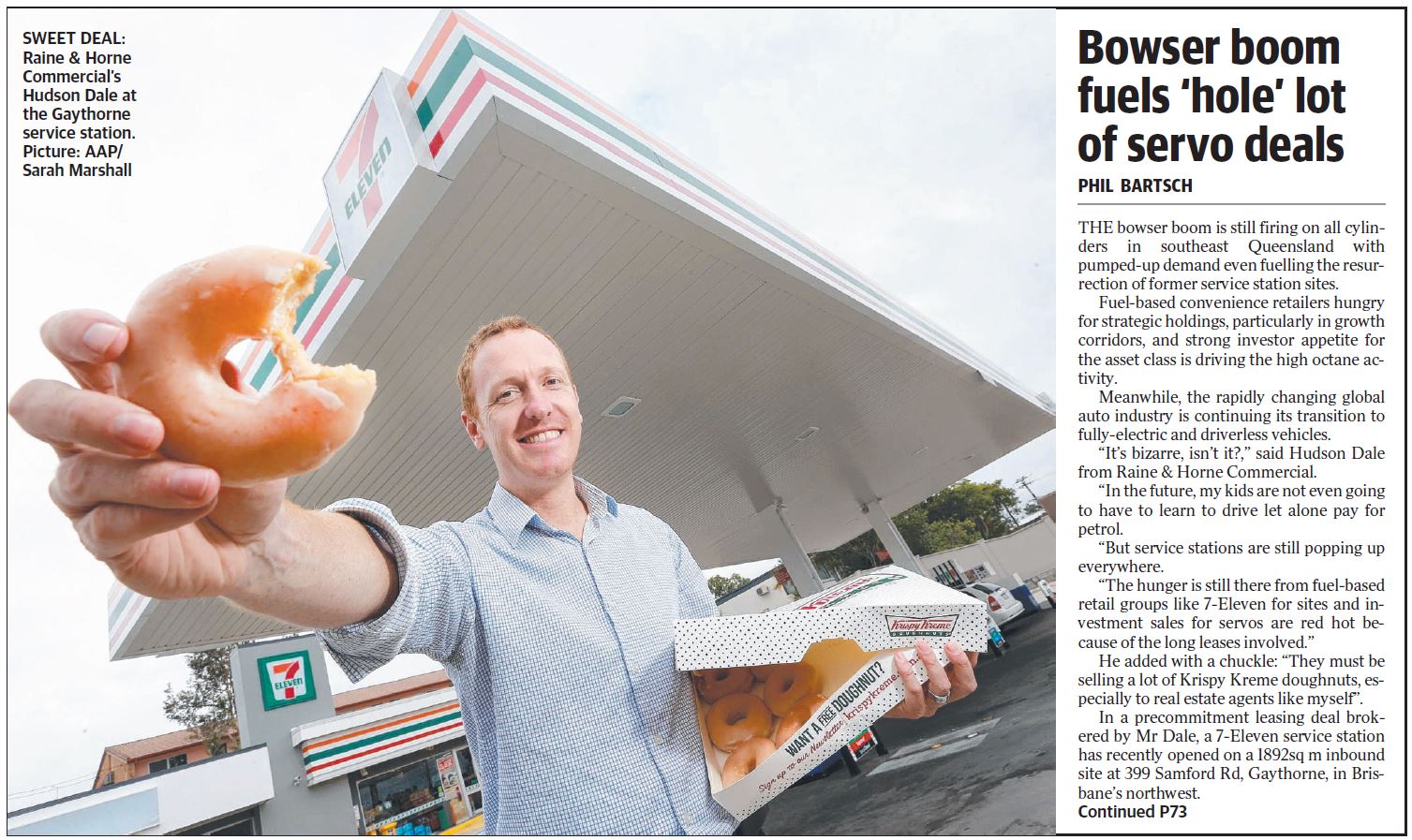 THE bowser boom is still firing on all cylinders in southeast Queensland with pumped-up demand even fuelling the resurrection of former service station sites.

Meanwhile, the rapidly changing global auto industry is continuing its transition to fully-electric and driverless vehicles.

“In the future, my kids are not even going to have to learn to drive let alone pay for petrol.

“But service stations are still popping up everywhere.

“The hunger is still there from fuel-based retail groups like 7-Eleven for sites and investment sales for servos are red hot because of the long leases involved.”

He added with a chuckle: “They must be selling a lot of Krispy Kreme doughnuts, especially to real estate agents like myself”.

In a precommitment leasing deal brokered by Mr Dale, a 7-Eleven service station has recently opened on a 1892sq m inbound site at 399 Samford Rd, Gaythorne, in Brisbane’s northwest.

“The owner built that for them to spec,” Mr Dale said.

“It was a former service station that had been Bob Jane T-Mart for years but when they left as a tenant the owner couldn’t get a decent rent for it and didn’t want to sell.

“The strategic position appealed to 7-Eleven – with no other service stations inbound along Samford Rd.

“And they were talking the appropriate money to lease the property and justify the owner spending the dollars re-establishing the site.

“They needed something purpose-built, so the existing building was completely demolished and the site resurrected as a servo. That really shows the strength of the demand still out there.”

7-Eleven has more than 630 stores nationwide. It signed a deal in 2011 with Krispy Kreme that substantially boosted the doughnut chain’s sales.